Bilingual Searcher ver. 2.2.0.0 (zip file)
*If you are using Chrome, it may block the file from being downloaded. If that happens, use a different browser or disable blocking temporarily before downloading the file.

I would be grateful if you would leave a comment about:
- what you think about the application
- feature requests
- bug reports

Just append search text to the executable file path as shown below: 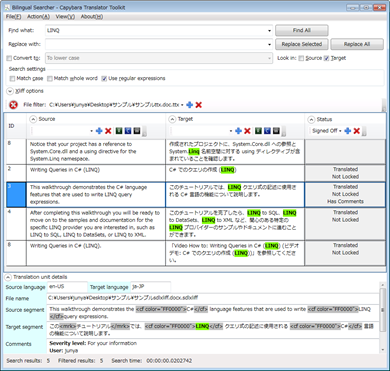